The Phone Box Gallery can be found in the arcade just off the Courtyard at the Salamanca Arts Centre in Hobart, Tasmania. 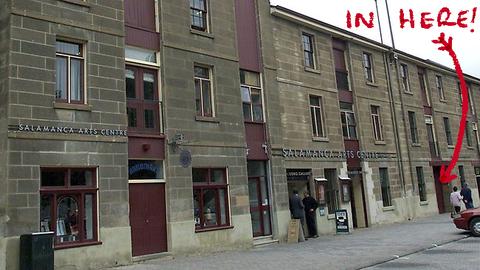 The phone box is a 1930’s Tasman Flag Style PMG model telephone box and was one of the earliest models used in Australia. It was an operational phone booth at this site between September 1996 and October 2003. It began a new life as Kudelka’s micro-gallery in December 2011.

Jon Kudelka grew up in Hobart, went away and came back, as you do. He likes drawing pictures, which is lucky as his day job is drawing cartoons for The Australian and The Hobart Mercury. He received a Walkley Award for political cartooning in 2008 and was named Cartoonist Of The Year by the National Museum of Australia in 2010.